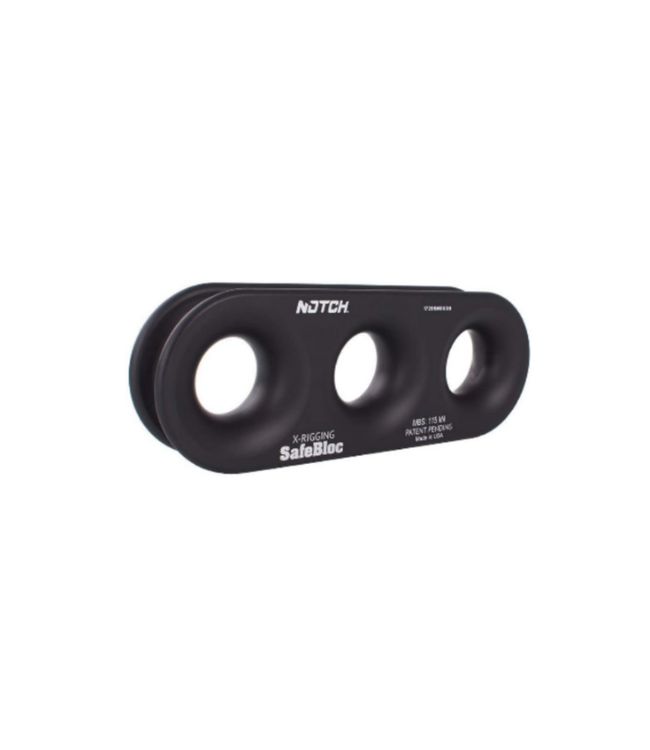 Lightweight and durable, the SafeBloc has no moving parts to wear out or damage, and is hard-coated for extended wear. Read more..

The future of rigging is here, brought to us by David Driver of X-Rigging Rings. Notch Equipment and David worked together to develop a revolutionary friction tool for rope rigging work called, SafeBloc.

SafeBloc is a triple hole thimble that adds friction in the rigging system to the top of the tree, thus adding safety by reducing rigging point stress, compared to a system that uses a block or pulley. Also, with the benefit of friction, the climber can often take over on the rigging line AFTER the groundperson controlled the initial drop. This is true on small-to-medium loads. This frees up the groundperson to use both hands and the climber can FINISH the lowering.

Lightweight and durable, the SafeBloc has no moving parts to wear out or damage, and is hard-coated ..

Stay up to date with our latest offers

Having an account with us will allow you to check out faster in the future, store multiple addresses, view and track your orders in your account, and more.

You have no items in your shopping cart